As I write the first real frost in the garden is being melted by the sun.  It is the third frosty morning  and this time the water in the bird bath has frozen.  The birds have been active in the garden foraging for food and my first six is on this theme. 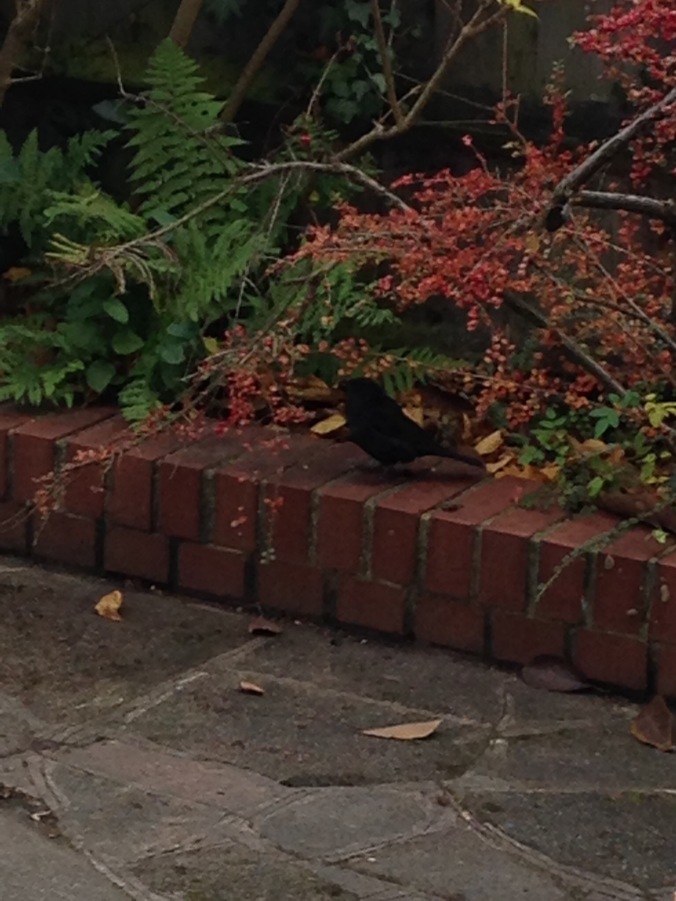 This one is for John Kingdon at the Rivendell Garden blog The blackbirds have found my cotoneaster and the display of bright red berries is diminishing. 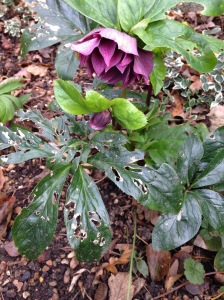 There are still jobs to done in the garden and this is one I completed yesterday.  Cutting back the old and diseased foliage of the hellebores.  I only have a few so it wasn’t arduous and it enabled me to appreciate all the new flower buds forming. This is Pretty Ellen and the bud that I featured a week or so ago has opened beautifully. 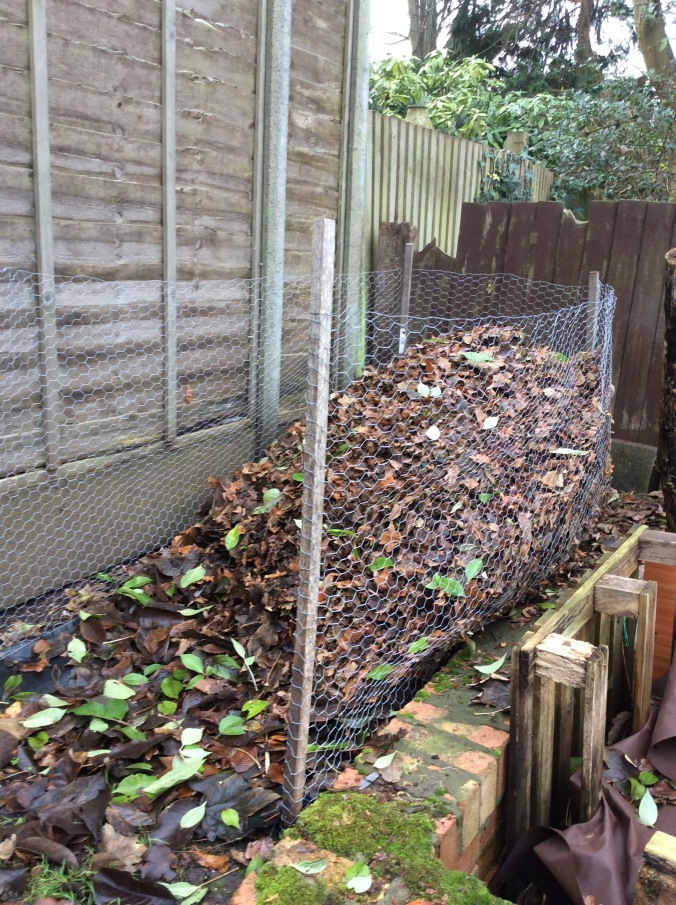 There have been plenty of posts recently about collecting leaves, so here’s my leaf mould corner.  Made from chicken wire and a few posts put together with a staple gun.  A varied collection of leaves blow in from neighbouring gardens.  My contributions are from the fig and apple trees.  I collect these mainly by mowing the lawn with the blades set high, shredding and collecting in one sweep.

And here is the deleafed fig tree.  Only a few figs ripened and even the squirrels are turning up their noses at those that are left.  I now have the mammoth tasking of removing all but the very smallest figs.  A job for many Saturdays.

I have recently extended a border and the first planting is complete.  The old plants have been brought out from under the hedge, tulips planted and lastly the roses.  A robin waited expectantly as I took this photo.  He’s pretending not to be looking. But I wasn’t turning over any worms that day. There’s more on the new border at New garden, new borders, new optimism

There is still some colour in the border

Back to some of my favourites for the last one.  R.Scepter’d Isle is still putting out new buds and providing some late season colour.  I would also like to put in a good word for geranium brookside.  I have plans to divide this once it is well established and weave throughout the borders.  It definitely earns its keep.

In starting this blog site I wanted to record the progress being made on renovating the old borders and bringing the veg patch back into production.  As always I was over optimistic.  Three new borders were started before the blog came into being and tracking back to find all the photos and then producing the accompanying words has been a stop start process.  Now work has started on a fourth border so reports on those other borders and the veg patch will have to wait a while longer. It is time to sketch out the work for the latest project before I lose track of what is going on. 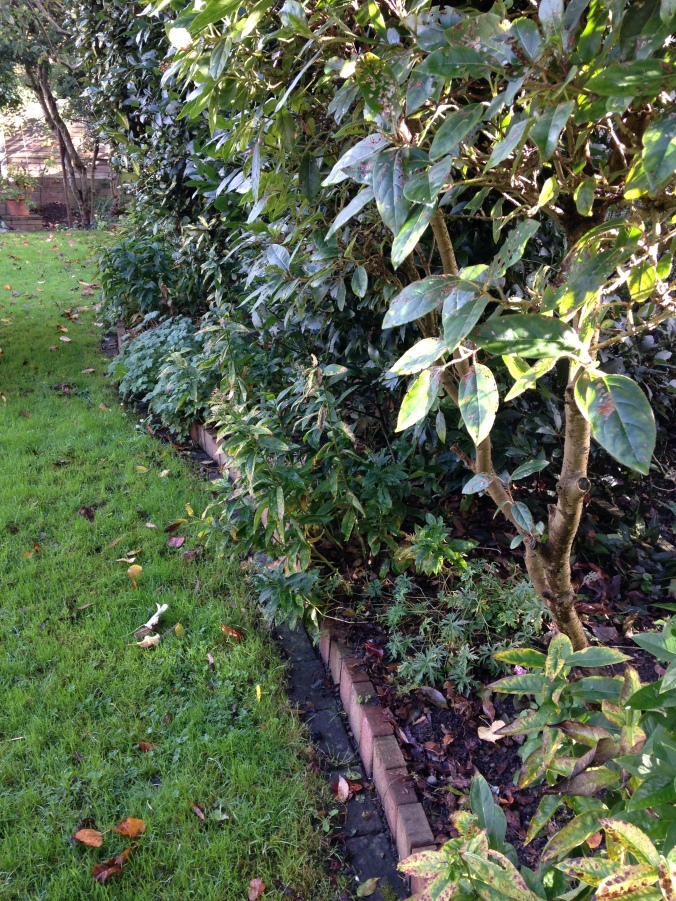 Here’s the border before work started.  It was a narrow strip running in front of a hedge of bay, viburnum and elaeagnus.  It is planted with geraniums and phlox which are all jostling for space and light under the hedging.  Something needed to be done but I’m the sort of gardener that never manages to lay down a paper plan.  The thought process was: this border needs to be wider, I saw a lovely rose at a garden I visited, I have a large pot that would look good there and those other plants can be brought forward to give them some space.  Oh and tulips are needed.  That’s a plan.  Let’s go!

The first stage has been completed.  The grass has been turned in on itself and will miraculously turn into loam.  I know, optimism.  It will soon be buried with a mixture of topsoil and mulch which will prevent regrowth and suppress weeds.  Even more optimism.  These ideas have been taken from the ‘no dig’ principles advocated by Charles Dowding.  I hope they will work.  There is a deadline for the work to be completed as the new rose and the tulips need to be planted during November.  Next post coming soon then!