I only went for compost, honest.  But that Daphne had been on the wish list for a while.

Daphne Eternal Fragrance.  I had resisted buying this all year on the grounds that I wasn’t sure I had the right spot for it.  But there it was on the bench in front of me with a label that said suitable for containers. I’ll find a space for it soon.

I have moved the scented leaf pelagoniums into the potting shed and taken a few cuttings for insurance.  That meant two summer containers were sitting empty.  There in front of me was a tray of winter pansies. 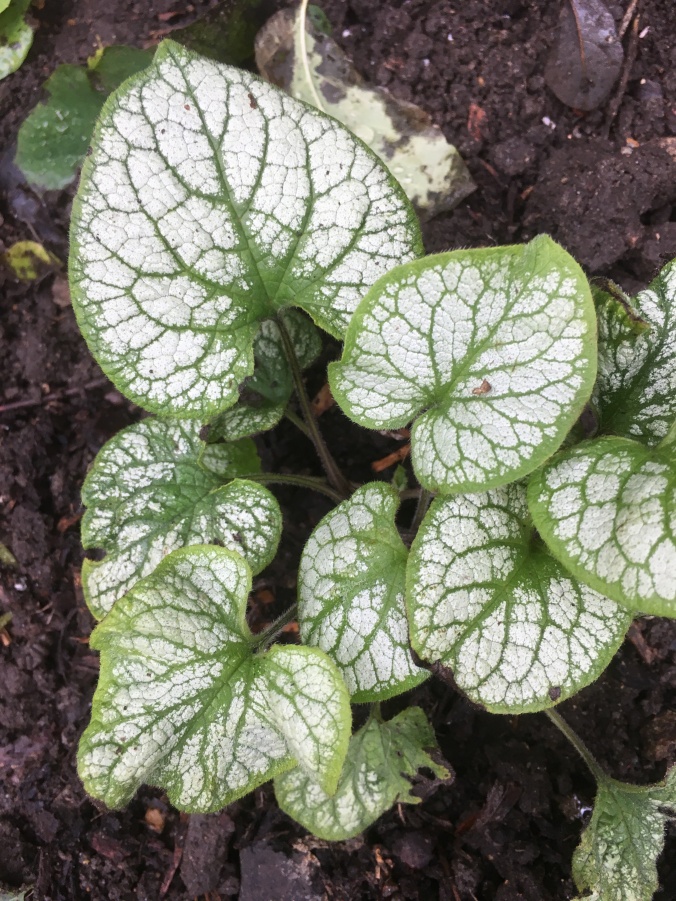 Recently added to the wish list was Brunnera macrocephala ‘Jack Frost’.  Described as good for shade and for ground cover, I thought it would be ideal for under the snowberry tree.  These were lurking just around the corner from the pansies.  Speaking of lurkers – do the slugs like brunnera? 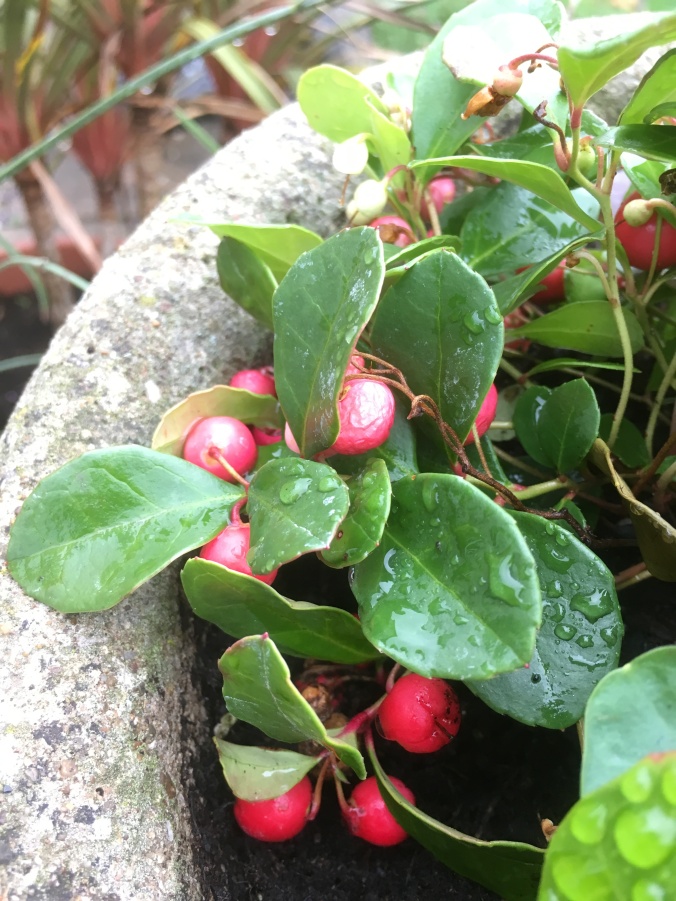 I was almost at the exit point when I spotted the pots of Gaultheria Procumbens ‘Big Berry’.  I’ve had these in winter window boxes before with some ivy.  The red berries are usually plentiful.

I had to walk back to the beaming cashier past the bulb section and remembered just in time that I needed to top up the alliums and fritillaries. 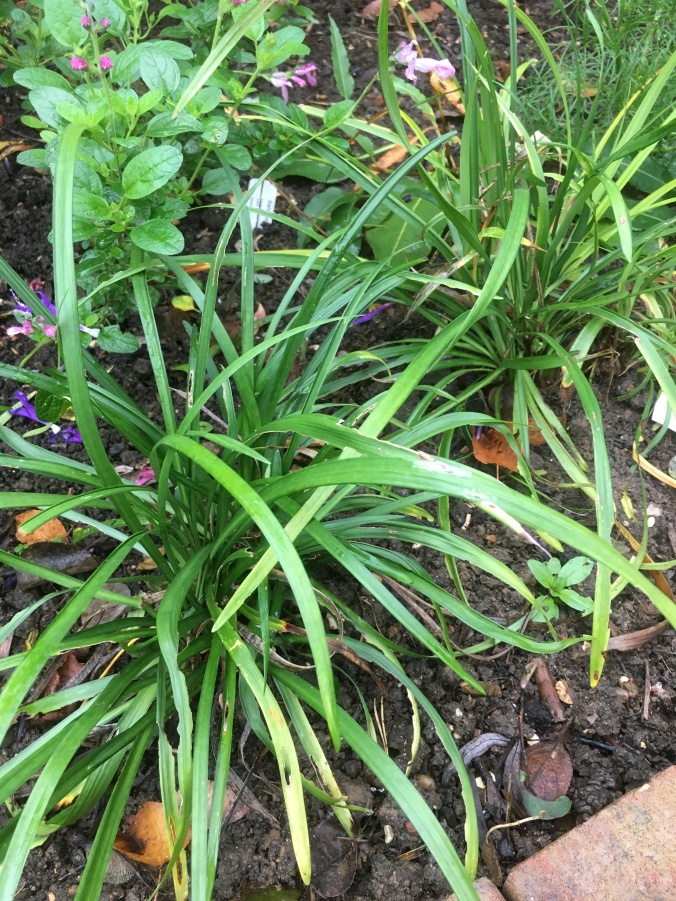 I count myself as quite restrained – I can’t give you a full six from the garden centre purchases!  My last for this week is something that is giving me cause for concern.  These Liriope muscari ‘big blue’ went into the garden in autumn 2016 and have not flowered once.  The RHS site promises  ‘small violet-purple flowers carried in dense, erect spikes to 30cm in height in autumn, followed by black berries.’  To quote our esteemed leader ‘Nothing, nada, zilch.’  Any suggestions?

For more pithy observations from the leader visit The Propagator.  You’ll find much to inform and amuse plus a list of links to SOSs from gardens around the world.  Happy gardening.

18 thoughts on “Six On Saturday: Never go to the garden centre on a sunny day and when there’s 10% off!”